Here I sit at my desk looking out the window at a gray day in the Treasure Valley.  It's mid morning and the temperature is hovering in the low 50s.  Where do I wish I was right now?  On the river, no question.  I can only sit here and imagine the little mayflies we fly fishermen often affectionately refer to as Blue Wing Olives popping up on the surface of the river in numbers that virtually blanket the water.  The little sailboat profiles bobbing along, then *slurp* disappearing under the dark snout of a trout.  Only a slight ripple, and a small bubble remain.

Torture.  That's what this is.  I need to get out of the office.  I hope many of you get the opportunity this fall to fish, especially days like today, when the action can be virtually non stop.  The only problem is that when baetis are hatching in numbers that they often do on days such as this, and the trout are up on them, the fish can afford to be incredibly picky, and they often are.  So it all comes down to having the right pattern in your fly box. So why don't you try one, or better yet, all three of these.  At some point in a BWO hatch each of these three patterns will catch a lot of fish. 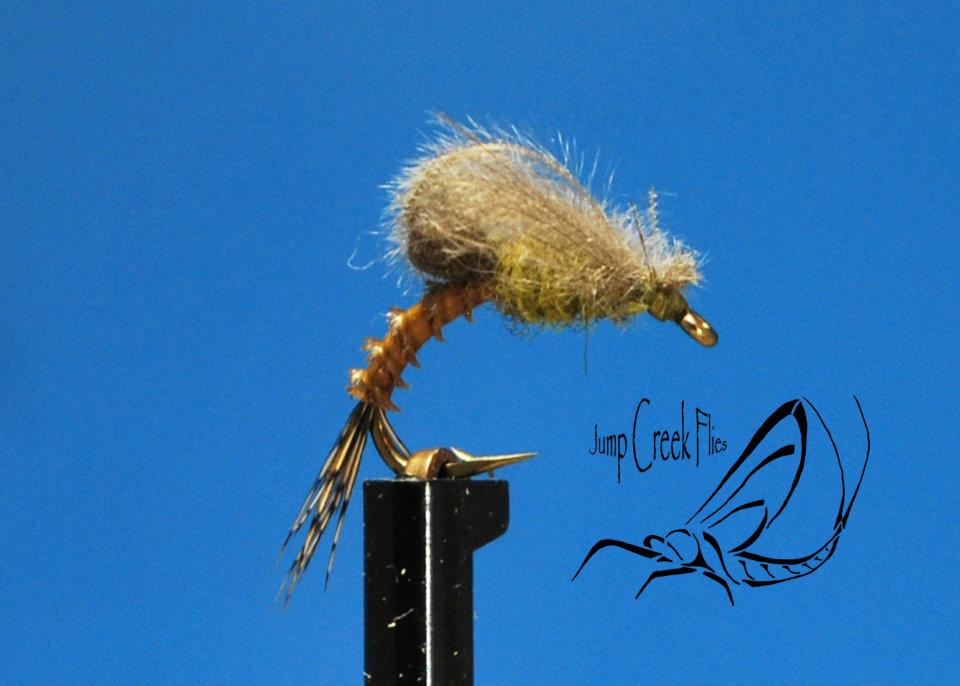 This little pattern is always a fish catcher.  Fish can't seem to say no to a fly caught in this vulnerable position as it is attempting to emerge.  Fish take this early in the hatch as the majority of bugs are on the surface working to free themselves of the nymphal shuck, in the midst of the hatch as fish key again on the insects that are struggling with the emerging process, and late or even after the hatch when a few fish are up snacking on the scraps left over in concentrated lies.  Places like soft edges or eddies where these scraps will collect as they are at the mercy of the current.

For me this pattern is the all purpose fly during a hatch.  It seems to catch fish at any and all times.  It is also surprisingly easy to see on the water.  When I first tied this pattern I thought visibility would be it's down side, but the bubble rides nice on the water and is not that hard to pick up. 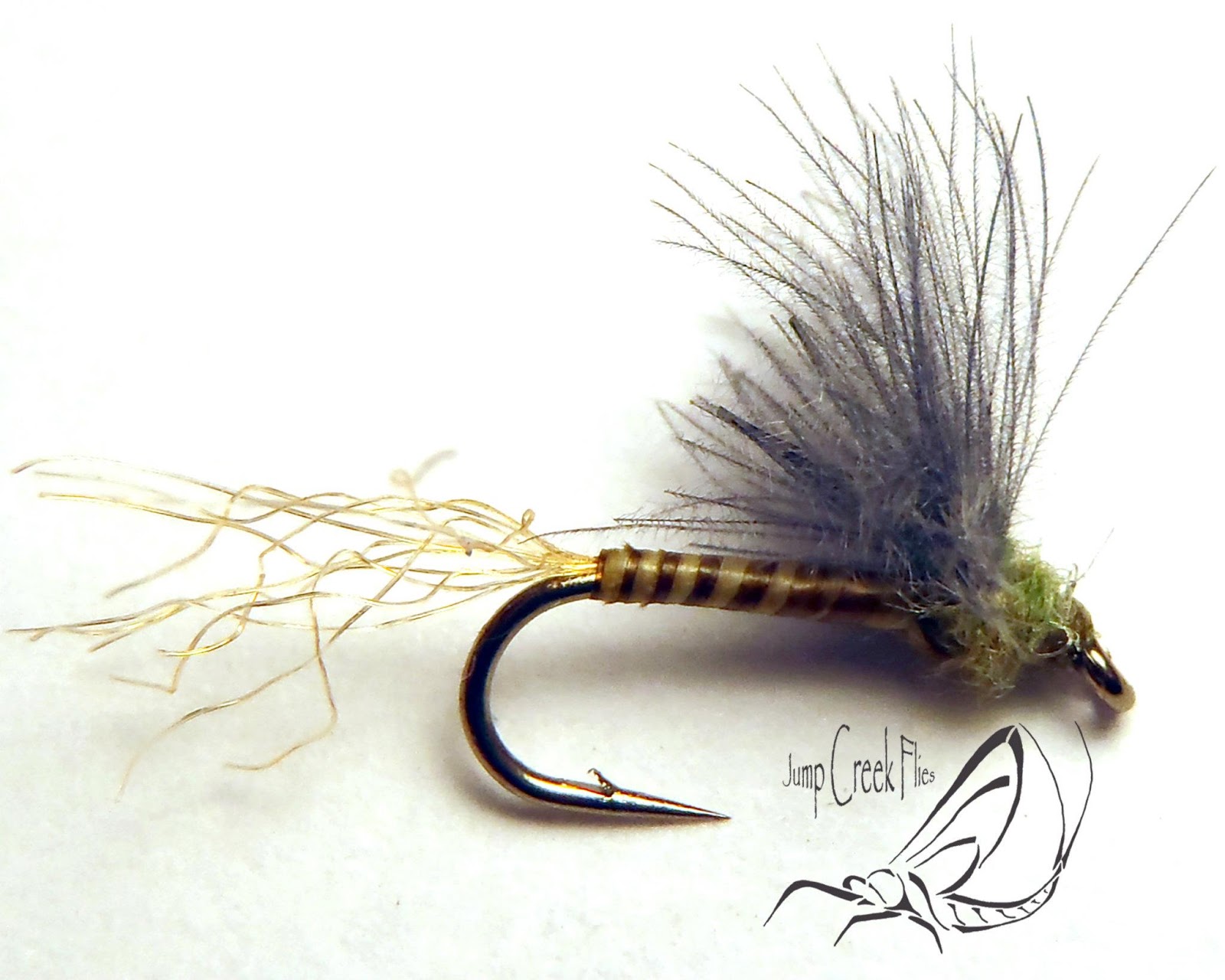 This is my newest member of the BWO line of flies.  I started tying it up last year, and it has been a fish catcher.  Like the bubble emerger it seems to work at almost any point in the hatch.  They body of the fly rides extremely low in the water, but the high floating wing gives a nice profile of the mayfly wing.  It really does a superb job of imitating a mayfly that has more completely emerged than the bubble emerger, but one that is still caught in the vulnerable position of being caught within the shuck.  Fish love an easy meal, and they know this bug isn't going anywhere.  They rise confidently to this fly.

In the past year, in my testing, I have caught more fish with this fly than with any other fly in my fly box.  It's a keeper. 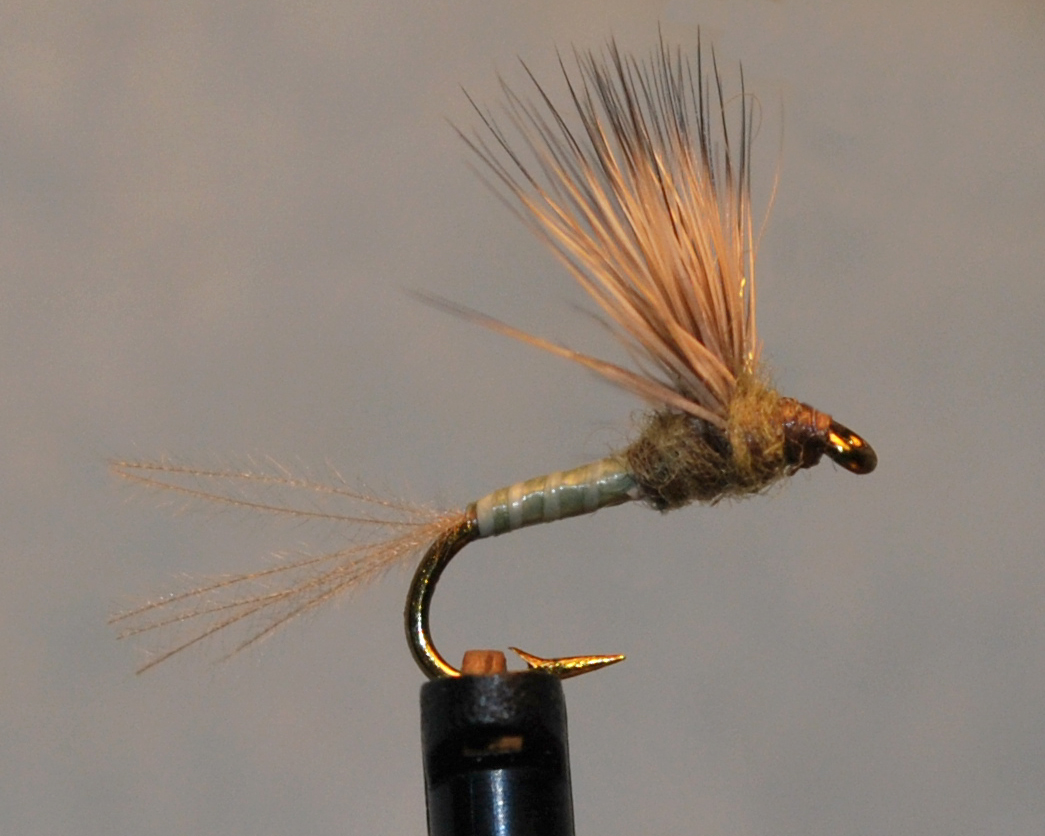 Finally we come to the fly that started it all for me.  The first fly I ever sold on this website was this pattern.  This fly has been around in my fly box for as long as I have been stalking late season baetis hatches.  While it specializes in being a bit of a later stage fly it too works in many different situations.  I have the best luck with this fly when I see fish sipping duns off the surface, but it will work as an emerger and I have even modified it on stream in a pinch by pushing the wing down and to the side when fish were taking spinners.  It's a versitile pattern, and if floats like a cork.  With the CDC fibers for the tail, biot body, and deer hair wing, it can't help but float.